Iraq has been endowed by vast oil and gas reserves but the country also has one of the most attractive solar irradiation levels in the region at above 1899 KWh/m2 in some areas in the west and south, such as Muthana and Anbar provinces. In a country where electricity demand exceeds supply, especially in peak summer months, solar power provides the advantages of being constructed quickly, cost-effectively and it supports Iraq’s endeavours to become self-sufficient; reducing electricity and gas imports. These imports cost Baghdad $2.5 to $2.8 billion annually.

In this brief assessment of legal frameworks in place, or proposed, for renewable power adoption in Iraq, we also look at steps undertaken by the government to promote renewable energy. While significant strides have been made in strengthening the Independent Power Producer (IPP) model, investors may still be wary of other factors like bankability, weak-off taker credit, or high risks from safety and security concerns. These may directly influence bidding tariffs in Iraq; however, the government has announced cancelling a previously set unrealistic FiT of 3.5 USc/KWh in addition to the organisation of an open, transparent and fair reverse auction.

The Electricity Law No. (53) of 2017 regulates “supporting and encouraging the adoption of renewable energy, its activities and nationalisation” under the Ministry of Electricity.

There is a draft Renewable Energy Law that has passed through the Ministry of Electricity and is in the process of obtaining final edits by Iraq’s Ministerial Energy Council, the highest executive energy body in the country. The Law has been prepared with the help of the UNDP Regional Renewable Energy Center and in coordination with the High Central Commission for Sustainable Energy in Iraq, the commission is created by the Prime Minister’s order no. 54 in 2018. The draft law incorporates articles that will aim to:

Until the law is finalised, the Ministry of Electricity is the regulatory and executive authority controlling Iraq’s renewable energy sector, adoption, investment and promotion. Meanwhile, there is an involvement by the Ministry of Science and Technology through its Solar Energy Research Center as a research and development stakeholder.

Public and private institutions have the right to generate renewable power on their premises for own use with access to the national transmission and distribution grid for allocation of power to their other premises (geographically far) or to sell to the Ministry of Electricity under a Power Purchase Agreement (PPA). For private citizens utilizing roof-top solar (above 500 kW capacity), a Feed-in-Tariff (FiT) can be implemented as proposed by the law.

The Federal Government Programme (2018-2022) sets a goal of creating 1,000 MWp of solar energy by the end of the second year of the government’s four year tenure. 550 MWp of solar energy utility scale capacity was set for the end of 2019 and 450 MWp by end of 2020. Also, as a pilot project, 8 MWp is to be developed as roof-top solar projects from government own buildings in two years. However, these plans were later adjusted due to the events the country has gone through in 2019.

The Ministry of Electricity has put out the first tender (closed in July 2019) for 755 MWp of solar projects (readily available) for investments. These projects will be allocated in an open, transparent and competitive bid round. A first in Iraq’s electricity sector history. These projects are expected to complete in 12 months from the point of allocating projects to investors under the Independent Power Producer (IPP) model. By end of 2021, these projects are to become operational. They include:

The Ministry of Electricity also announced that their long-term target is to see 40% of Iraq’s electricity mix becoming renewable by adopting wind, waste-to-energy, and geothermal technologies.

A national roadmap of power projects has been prepared by the Ministry of Electricity with the idea to include many major energy companies in projects to rehabilitate Iraq’s power sector, including Siemens and GE. In May 2019, Siemens signed an agreement to implement a number of projects under the $14 billion roadmap. Siemens GAMESA Renewable Energy has an established experience in creating a (1) wind atlas for Iraq in addition to (2) implementing a 400 MWp wind farm. The proposal is still under consideration by the Iraqi side.

Since the beginning of 2019, the Federal Government through the Ministry of Electricity, Ministry of Finance and Energy Council has built the needed technical and financial mechanism for citizens’ direct access to small loans for purchasing and installing roof-top solar units. Additionally, technical surveys of a number of government buildings have been conducted to assess their suitability for solar power generation.

The Ministry of Finance and Iraq’s Central Bank have finalised a loan mechanism of easy loans (with maximum 4% interest rate) through public and private banks to finance the capital investment and installation costs for households with roof-top solar units (3 kW, 5 kW, 10 kW and more) from manufacturers and suppliers approved by the Ministry of Electricity. The Ministry will also provide smart metering solutions to consumers to become net energy producers through this initiative.

For utility scale projects (above 10 MWp) Iraq has abandoned a previously set Feed-in-Tariff (FiT) of 3.5 USc/KWh as pre-requisite for building solar plants. This FiT had been viewed as repressive and unattractive for investors. With the new bidding rounds (starting with first bid round – see above), Iraq is taking a free market approach by allowing investors to bid different prices with the least ones being awarded the projects on Build-Own-Operate (BOO) and IPP (Independent Power Producer) basis.

Winning bid companies will be treated under the Federal Investment Law of 2006 (and approved revisions). Hence, as ‘Investors’, renewable energy developers will enjoy free access to government owned land, reduced customs fees, and ability to repatriate profits free of taxes. Permits are valid for 20-50 years depending on the type of investment projects.

The Ministry of Finance has shown inclination to provide sovereign credit guarantees to previous IPP private companies in the past. Today, there is an installed capacity of 3,000 MWp from IPPs in Iraq. 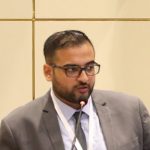 Yesar Al-Maleki is an energy economist and a Middle East observer with extensive knowledge of the intertwining subjects of energy, geopolitics, and economics in the region.
Read More

He has worked for the International Energy Agency (IEA) and various international oil companies and is the managing director of Iraq Energy Institute (IEI) in Baghdad, where he leads research programmes on Iraq’s and Iraqi Kurdistan's energy sectors, water challenges, economy, and politics. He is currently studying prospects of joint economic diversification in the northern region of the Persian Gulf, and has written on the impact of Beijing’s Belt & Road Initiative (BRI) on Middle Eastern port politics, oil rentiership in the GCC, OPEC’s oil market balancing measures, Venezuela’s economic woes, and the prospects of Russian energy exports diversification.

Mr. Al-Maleki holds a master’s degree in Energy Economics & Management from Institut Francais Du Petrole and is a scholar at SciencesPo in Paris. 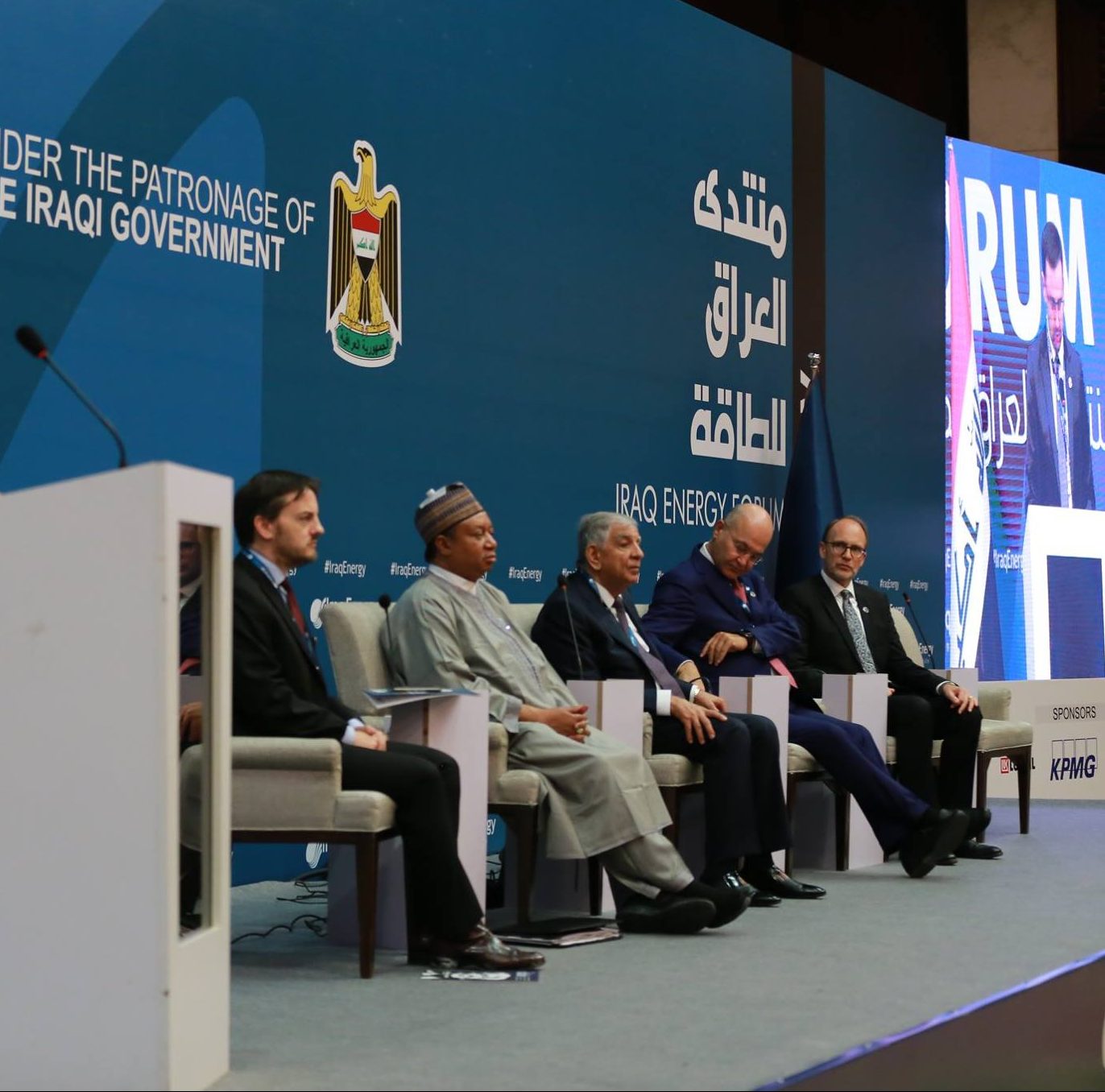 Our fifth flagship event returns to bring policy makers, government officials, experts, and investors together to discuss energy opportunities and economic strategies in Iraq, the region and the world.